Car-branded projects including Aston Martin and Bentley Residences aim to appeal to high-end crowd. Formula One’s plan to race in Miami starting next year has developers and brokers ready to kick their marketing efforts into high gear to appeal to the fast-driving crowd. Efforts to bring the elite race to Miami culminated this month with … Continued 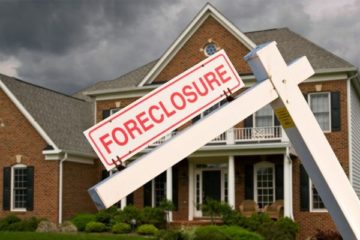 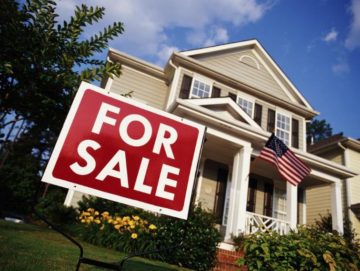 Cheaper mortgages are usually a boon to the housing market. But this year, a sharp drop in mortgage rates has not provided much of a lift, and that could bode poorly for the Federal Reserve’s efforts to shore up economic growth.
To see why, consider what has happened in housing since mortgage rates began a sharp decline late last year.
Consumer borrowing costs, including mortgage rates, are heavily influenced by the market for government bonds, and yields on those bonds have been falling this year. Similarly, the rate on the 30-year fixed mortgage rate is down more than one percentage point, to 3.75% last week, according to Freddie Mac.
Over the last 30 years, the rate has averaged about 6.25%. So the current rates might reasonably have been expected to spark a flurry of refinancing and home buying.
But, because of rising home prices, there has been no boom so far. Through June, sales of existing homes were down 2%t from a year earlier, and investment in residential structures had declined for six straight quarters. Sales of newly built homes remain well below their recent peak in late 2017. And while home prices are still rising nationwide, the gains have slowed sharply in recent months.
The lackluster response to lower mortgage rates highlights a broader challenge facing the Fed as it tries to nudge the U.S. economy along by cutting interest rates.
Lower rates usually encourage borrowing by consumers and corporations, lift stock and bond markets, and reinforce consumer and corporate confidence. All of which gives a bit of gas to the American economic engine.
But 10 years into an economic recovery, American interest rates are already low by historical standards. Prices for stocks and bonds are already high. And corporations are having little trouble finding places to borrow money. Such loose financial conditions mean it might take a sustained program of rate cuts — rather than a couple of reductions, as many analysts expect — for the Fed to have a true impact on the economy.
FOOD & LIFESTYLE

“Financial conditions are just easy all around,” said Priya Misra, head of global rates strategy at TD Securities in New York. “So it’s not clear what a cut can do.”
The housing market has traditionally been one of the most important channels by which the Fed’s rates can influence the economy because it can spur construction employment, sales of appliances and furniture, and services such as landscaping, all of which multiply the economic impact of a home’s purchase.
But the math facing prospective American homebuyers is daunting. Since June 2009, when the U.S. economy started its current expansion, the median price of existing homes has risen nearly 60%, far outpacing the 24% gain in median weekly earnings.
The divergence means the national housing market — while incredibly varied on a local level — has become increasingly unaffordable. And it will take more to trigger a significant wave of home buying than clipping a percentage point off mortgage rates.
“At this point, they don’t matter as much as people think,” said John Sim, an analyst who covers housing and the mortgage market for JPMorgan Chase. “Even at this current level of rates, it’s pretty unaffordable to most renters.”
The housing bust a decade ago is partly to blame. Since 2008, homebuilders have largely cut back on building more modest starter homes, which would be attractive to first-time buyers but are less profitable for the builders. Historically, banks might have filled the gap by loosening lending standards so people could pay higher prices. But financial firms have, for the most part, stuck to stricter guidelines they put in place at the urging of regulators in the wake of the crisis.
The result has been a sharp downturn in homeownership, to 64% from an elevated level of 69% during the subprime-lending-fueled frenzy in the middle of the last decade.
“In general what we’ve had is just not enough lower-priced homes and sort of a vicious cycle, where that limited supply has continued pushing prices up,” said Jody Shenn, an analyst at credit rating firm Moody’s who covers the housing and mortgage industry.
It’s not that the decline in interest rates doesn’t matter at all. The drop since late 2018 to 3.75% has knocked about $160 off a monthly mortgage payment on a $286,000 home — the median price of existing single-family homes in June, according to the National Association of Realtors — after a 20% down payment.
Applications to buy homes and refinance mortgages, which were slumping late last year, have recovered somewhat since mortgage rates began declining. It is possible the drop in mortgage rates might simply need more time to influence the housing market.
But the market response so far seems muted compared with past instances of falling rates.
After a recession hit in 2001, for example, a series of rate cuts brought the Fed’s target for the its funds rate down to 1% from 6.5%. Mortgage rates followed, dropping from 8.5% to around 5% by mid-2003.
The low rates set off home building, consumer spending and financial activity that helped drive economic growth up to a nearly 7% annual pace in late 2003. The U.S. economy has not matched that level since.
If the reaction of the housing market to lower rates remains lackluster, it suggests the Fed may be less effective at fighting the next economic slowdown.
“The old view of the world, where housing is one of the key transmission mechanisms, is much less important than it used to be,” said Frederic Mishkin, a Columbia University finance professor and former Fed official.
Original content the SFBJ